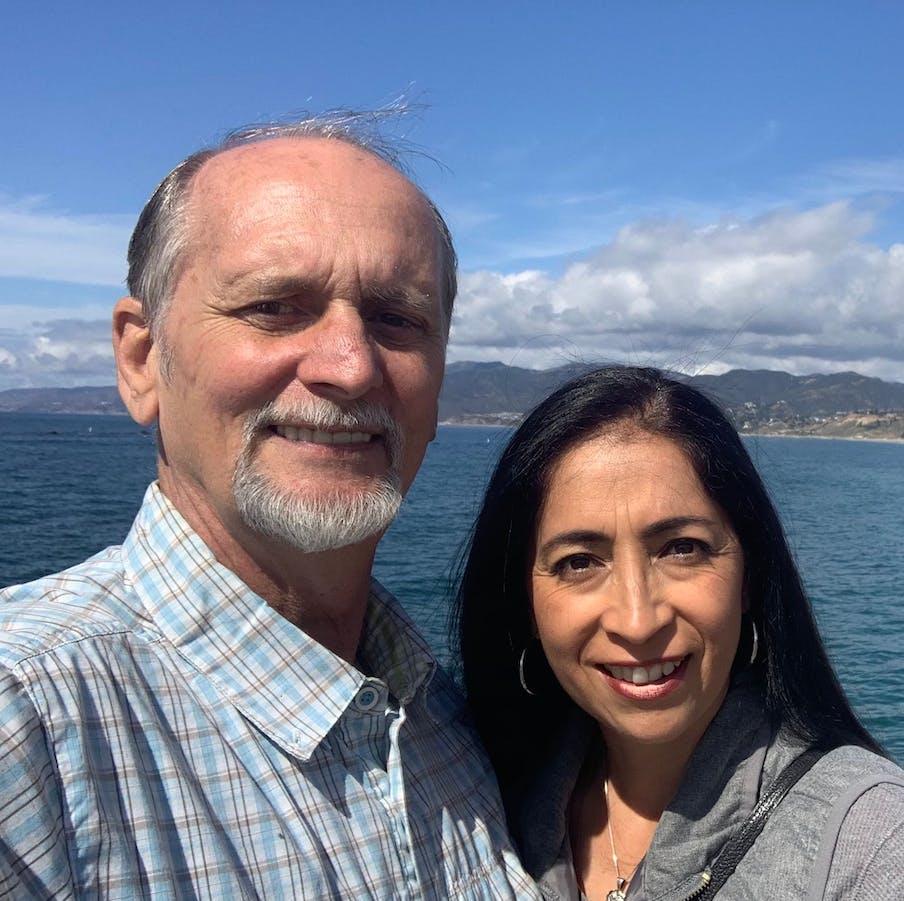 After completing high school in the late seventies, Harold Brown worked as a plumber. In 1980, he enlisted in the U.S. Army and served as a combat engineer and a demolition expert stationed in Germany. In 1986, Harold left the Army and returned to San Diego as a struggling alcoholic.

Guided by the Lord, he found help in 1989 from the San Diego Rescue Mission. By the Grace of God, he was saved, became a program member, and found the freedom and blessing of sobriety.

Harold remained at the Rescue Mission, and with his plumbing background, worked his way up to Facility Director. While there, he met the love-of-his-life, Jacky, and they have raised a wonderful family—three sons and a daughter. In 2001, Harold decided to leave the Rescue Mission and devote his life to sharing his profound love of the Lord. He enrolled in a two-year pastoral training program at the San Diego Baptist Association. Harold achieved his goal to be an ordained pastor in 2003. His devotion to sharing "The Word" compelled him to earn a degree in divinity from Alameda University.

In 2008, Harold was named Senior Pastor of Christian Fellowship Church located in El Cajon, California, where he continues in that position.

In 2009, Harold and a group of civic-minded community leaders founded East County Transitional Living Center. Day and night, Harold answers calls from frightened and desperate homeless men and women and dedicated people or organizations trying to help the homeless.

A true multi-tasker, he is committed to Jacky, his wife, and his children, often being a part of baseball practice and helping with their education. Free time—a rare commodity—is spent at the beach or on the golf course. Known as a gifted teacher of God's Word, Harold's passion is discipleship. He has led thousands of fortunate people to a saving faith in Jesus Christ.

Harold is proud to be assisted by a capable and caring team. He gives the credit for the success of ECTLC to the Glory and Grace of God and his loyal and hard-working staff.